Susan Kare: How the Betsy Ross of the Personal Computer Revolutionized Interface Design

One of the most critical driving forces behind the exploding popularity of personal computers was the development of the modern icon-driven user interface. The move from cryptic text-based interfaces to human-centric, graphical user interfaces was the fire that lit the fuse for the desktop computer revolution and for the multitude of digital devices that have followed. Much of this revolution was made possible through the work of pioneering interface designer Susan Kare.

Kare, who has been called the ‘Betsy Ross of the Personal Computer’, is the artist behind the icons included in the original Macintosh OS. Working alongside Apple founder Steve Jobs in the early 1980s, Kare designed many of the common user interface icons and typography used in the first Macintosh computers. The Happy Mac icon that users saw on system startup, the moving watch, the paintbrush, the iconic Macintosh trashcan, the dreaded bomb icon – these and many, many others are the work of Kare.

Kare’s passion was to make the computer feel more like a friend than a machine, a passion which she later continued in her work with Microsoft. After leaving Apple following Job’s brief self-imposed exile from the company in 1985, Kare went on to design many of the iconic design elements for Windows. She was also responsible for many of the graphical elements in the original Microsoft Solitaire that was bundled with Windows. At the time of her work for Apple, computer interface design was in its infancy and the tools used were still primitive. Because of this, Kare did her design work using the same method used by video-game designers of the day – basically, laying the designs out pixel-by-pixel, by hand, on special graph paper.

Her original paper designs have since acquired jointly by the Museum of Modern Art (MoMA) and San Francisco’s Museum of Modern Art, where they played a prominent role in the MoMA exhibition This is for Everyone: Design Experiments for the Common Good. Susan Kare’s work did not end with her designs for Apple and Microsoft. Today, she continues to offer her artistic skill through her design company, Susan Kare Graphic Design.

Her recent work can be seen in many of the digital ‘gifts’ offered by Facebook, including the ‘rubber ducky’, as well as on such high-profile sites as Paypal and Wired. An impressive portfolio of her work is available on her site. Steve Jobs and Apple may have given the world the Macintosh, but Susan Kare gave the Macintosh the personality it needed to be a success. Much of the early success of Apple – and the interface designs that have followed – was made possible by her pioneering work. 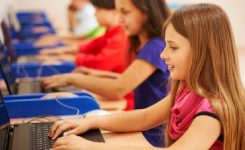 Breaking the Programming Mold with the Founde... 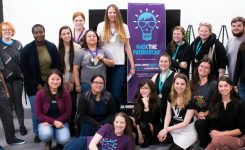