The word “meritocracy” is extremely popular in the tech world. The ideal is that it is one of the only industries where success is primarily a function of skill. The reality, according to the testimony of many in the industry and to credible reports, is that it is anything but.

There are countless reasons for this that we do not have space to explore here, but one of the keys reasons is that the conventional hiring process has too many filters in which unconscious bias can lower diversity. This may disproportionately affect women and contribute to the sexism and gender imbalances that we see today.

What can be done about this?

As with many other entrenched institutions, techies have decided to hack the hiring process.

CodeFights, a 2014 startup that has already built a large user-base, helps software developers sharpen skills by competing against “bots” in code challenges. Furthermore, developers earn a ranking based on performance that becomes accessible to employers looking to hire.

HackerRank is another site that operates according to this model. Though these sites were not specifically created with creating a more equitable workplace in mind, something very interesting has happened: of the candidates placed by CodeFights, 30% have been women. Though still signifying a minority, that is three times the average of Silicon Valley and a whopping figure to anyone familiar with the imbalances of traditional tech culture.

This hiring model may also help the LGBTQ community, as described in this testimonial of a transgender woman who never expected CodeFights to place her in a job. 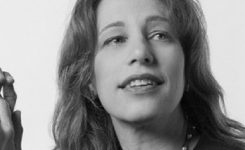 Susan Kare: How the Betsy Ross of the Persona...

The Leading Lady of Tech, Grace Hopper - Who ...